Amharic: Take A Look Into Official Language of Ethiopia 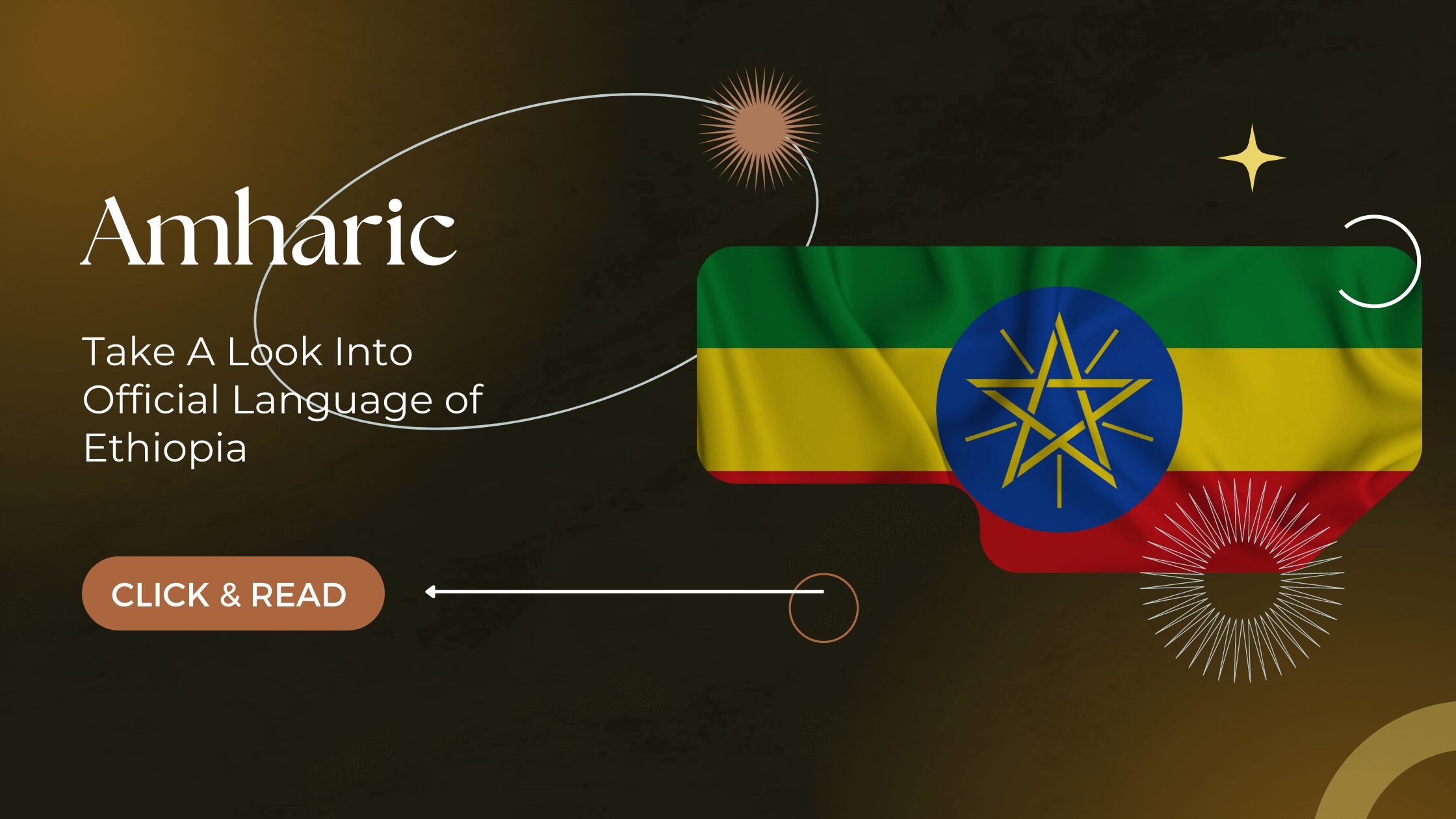 Amharic became lingua franca or widely spoken in Ethiopia from the 9th century and became an instrument of the state language since the 14th century. Christian religious texts dominated the previous centuries. The only texts are known, which were not religious, was that of quasi-religious or philosophical treatises of Zara Yaqob and his disciple Wolde Hiywet from the 17th century. During Menelik II’s rule, Tobia, first novel in Amharic, was published in Rome by Afewerq Gabre-Yesus, who was educated in Italy (Girma A. Demeke, 2012).

Language is a tricky business, and Amharic is no different. The malleability and adaptive nature of the language are evident in the number of words that we could use to say something as banal as ‘slippers’; you could call it shebet (ሸበጥ), netela chama(ነጠላ-ጫማ) or just slipper, evident of the how languages borrow words from one another. This isn’t unique to Amharic. But Amharic is more in danger of being swallowed up by other languages, specifically English. This wouldn’t have been as big a problem had we figured out a way to keep up with the pace of worldwide modernization by integrating this language into our education, industries, government, and other sectors. And that is what we should be gearing up to accomplish.

Origin of the Amharic Language

Although the exact beginning of the Amharic language is not definitively known, it is believed to date back to the ancient Axumite kingdom. Various sources provided varying accounts of its origin and development. However, they all agree that the Amharic language has a long history of evolution from Axumite times until the present. Some extant records date as far back as the 14th century, detailing the various changes that have been made to the language over time. However, according to the Britannica Encyclopaedia, the Amharic language did not produce any significant literature until the 19th century.

Alphabet of the Amharic Language

Amharic language uses a script from the Ge’ez alphabet (Girma A. Demeke, 2012.) It comprises 33 characters or letters, with six different variations when combined with the seven vowel sounds. Although it is spoken in Ethiopia where more than 80 other languages are spoken, it remains the official language of the Federal democratic republic of Ethiopia. Compared with the English alphabet, for example, which only has 26 letters, the 231 characters and the derivative variations of those base characters, when combined with other consonants, add up to over 300 total characters in the whole of the alphabet. This alphabet is not only used by the Amharic languages but also by other indigenous languages like Tigrigna, Agew, Dawro, Geez, e.t.c.

Structure, grammar and peculiarities of the Amharic language

In the Amharic language, sentences are structured where the verb comes at the end of sentences following the object with the sentence’s subject in the lead. Adjectives or adverbs precede the noun and verb they modify, respectively, regarding the other parts of speech.

Nouns are written as feminine or masculine in this language, similar to international languages like French. Also similar to the French language, the Amharic language places high emphasis on addressing strangers and the elderly with their distinct pronouns as supposed to the second person singular pronouns we would use otherwise. We would use እርስዎ (erswo) or አንቱ (antu) instead of አንተ (he) or አንቺ (she) to address strangers and the elderly.

Dialects of the Amharic language

Baalu Girma’s Oromay published in 1983, stands at the top of the numerous historical and unforgettable works of literature. As recounted by the generation then, it was a rebellious act to carry this book, let alone read it. The Derg government had banned the book. It was passed from one to the other in the dead of night and became one of the most well-read pieces of literature of the time. The book illustrates the Red star campaign launched against the insurgent Eritrean people’s liberations Front (EPLF).

Another fantastic classic piece is Fikir Eske Meqabir (Haddis Alemayehu, 1968). This timeless piece depicts the traditional Ethiopian life and weaves through pillars of life like love, family, and personal relationships. None of our Ethiopian readers would be strangers to the deep voice of Wegayehu Negatu’s narration of the novel dubbed with the nostalgic sound of the Washint (Ethiopia traditional flute) that further popularized the book.

Sememen, Sisay Negussu’s 1985 novel, takes us through college life, arguably an essential chapter of most people’s lives. It is a coming-of-age novel that depicts how much the main character’s life changes when he falls in love. Our main character weaves through life with the help of his teacher, who was also his life mentor. It depicts the critical role educators play in the life of the youth.

As far as literature genres go, sci-fi isn’t one most Ethiopian authors opt for. Still, Dertogada was a groundbreaking work of fiction that dared and delivered the signature excitement and suspense sci-fi fiction is known for. Dertogada was a big hit and became a bestseller the year it was published, 2012. Yismake Worku, the author, published four more books in the series; Ramatohara, Xantoxara, Yeratorad, and Yotod, respectively. Complete with themes of nationalism and protecting one’s heritage and identity, it tries to reintroduce the ages-old feeling of Ethiopian patriotism in the new generation.

It wouldn’t be an exaggeration to say there isn’t an Ethiopian that doesn’t know who Bewketu Seyoum is. This renowned author and poet are known for his witty and acclaimed writing on historical issues and the peculiarities of the ‘Habesha’ life. His collection of essays Keamen Bashager published in 2016 is one of his most known works. This collection of travel essays is infused with his distinct style of wit and vivid imagination.

What most of us use for easy translation is Google Translate. But for more in-depth and up-to-date translation applications or extensions are the preferable option. The following are some applications made just for that.

Here are some of the best Amharic keyboard extensions for your smartphone. Vexillology is a study of flags; Generally, the study of the history, meaning, and usage of flags. In our world, we've... Best Gifts For Your Ethiopian Friend

Ethiopia is a beautiful and vibrant country, full of history, culture, and natural beauty. It has so many amazing... Merriam Webster defines University as an institution of higher learning providing facilities for teaching and research...